THE BEST OF BOTH WORLDS

Since PALFINGER MARINE acquired Harding in 2016, the first jointly released product has been hotly anticipated. Introducing, the FRSQ 630.

Safe, agile and stable, even in rough sea conditions. That was the brief for designers of the newest generation of FRSQ 630 rescue boats. Intended for offshore, merchant and passenger vessels, the range brings the lifesaving systems expertise of Harding together with that of PALFINGER MARINE’s professional boats division – and designing it took expert know-how from employees on both sides.

FROM DRAWING BOARD TO ROUGH SEAS 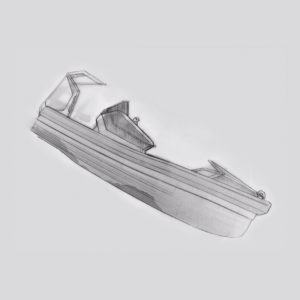 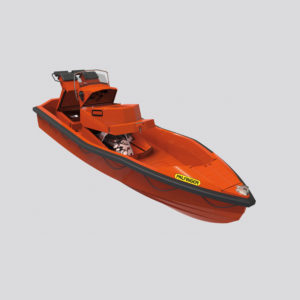 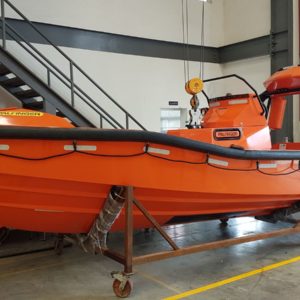 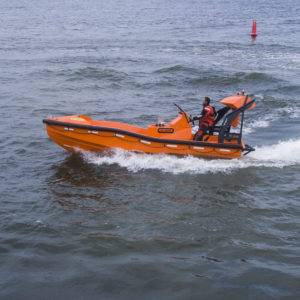 With a hull based on Harding’s bestselling fast rescue boat and a streamlined console modelled on innovative designs from PALFINGER MARINE’s range, designing the FRSQ 630 was a true collaboration.

USING A TYPICAL HARDING HULL A  PALFINGER MARINE DESING FOR THE DECK COMBINED THE BEST OF BOTH WORLDS.

“The joint development has resulted in a boat with innovative design and excellent capabilities, ensuring great stability and optimal working conditions,“ states the development team. The FRSQ 630 is suited to a range of operations, such as search and rescue, raft assistance and towing, diving support and crew transport. Not only does it have a maximum horsepower of 258 and a top speed of 34 knots, but thanks to its deep V-shaped design, it offers advanced levels of control in sharp, high-speed turns and rough conditions. Serviceability is another of its strengths, as Trond Paulsen Sales Director Lifesaving Equipment describes: “The FRSQ 630 is extremely maintenance-friendly, with a console that can be lifted off as one – so the engine can be replaced in only two hours.”

A COLLABORATION ACROSS CONTINENTS

The design project kicked off in summer 2016 and saw two members of the Netherlands-based engineering team work with three engineers in Vietnam. Throughout the process, regular feedback sessions were held for sales, service and production teams to give input on the design. Scrum, a project management method, was used to define requirements and work efficiently through the process. Starting in October 2016, the FRSQ 630s were built in PALFINGER MARINE’s production facility in Vietnam – with the first boat completed in March 2017. Thereafter, prototypes were put through such examinations as self righting tests, drop tests, side impact tests and fuel economy tests. The boat was then shipped to the Netherlands where the final feedback was given. Less than two years have passed since the design project kicked off, but things are moving quickly with the FRSQ 630. Five FRSQ 630 are on their way to Damen yard in Vietnam. For Trond Paulsen, the range’s popularity comes as no surprise: “By pairing the renowned PALFINGER MARINE quality with highly competitive pricing, we always believed the market would embrace the new product.”