After a long and tremendous effort by a team of expert engineers, PALFINGER MARINE in late 2015 proudly introduced a newly developed and highly sophisticated active heave compensated (AHC) crane, which is adapted to the current needs in the market for offshore construction and subsea handling.

When operating in waves, the crane tip motion resulting from a vessel’s movements will cause great impact when landing a load on the seabed or fixed installations. This impact poses a great risk of damaging the load, the landing area or the crane structure itself. With active heave compensation technology, the influence of the waves during offshore operations can be reduced to a minimum. AHC enables the crane to keep a load motionless during landing on any fixed surface, both below and above sea level. This ability increases the time available for the operator to undertake the planned operation safely and accurately, significantly reducing the risk of damage.

Since its introduction, PALFINGER MARINE’s new AHC crane design has received a very positive response in the market due to the advantageous features and competitive pricing. By the end of 2016, the first 100 tons crane with 40 metres reach was installed onboard the Norwegian platform supply vessel Vestland Cygnus. 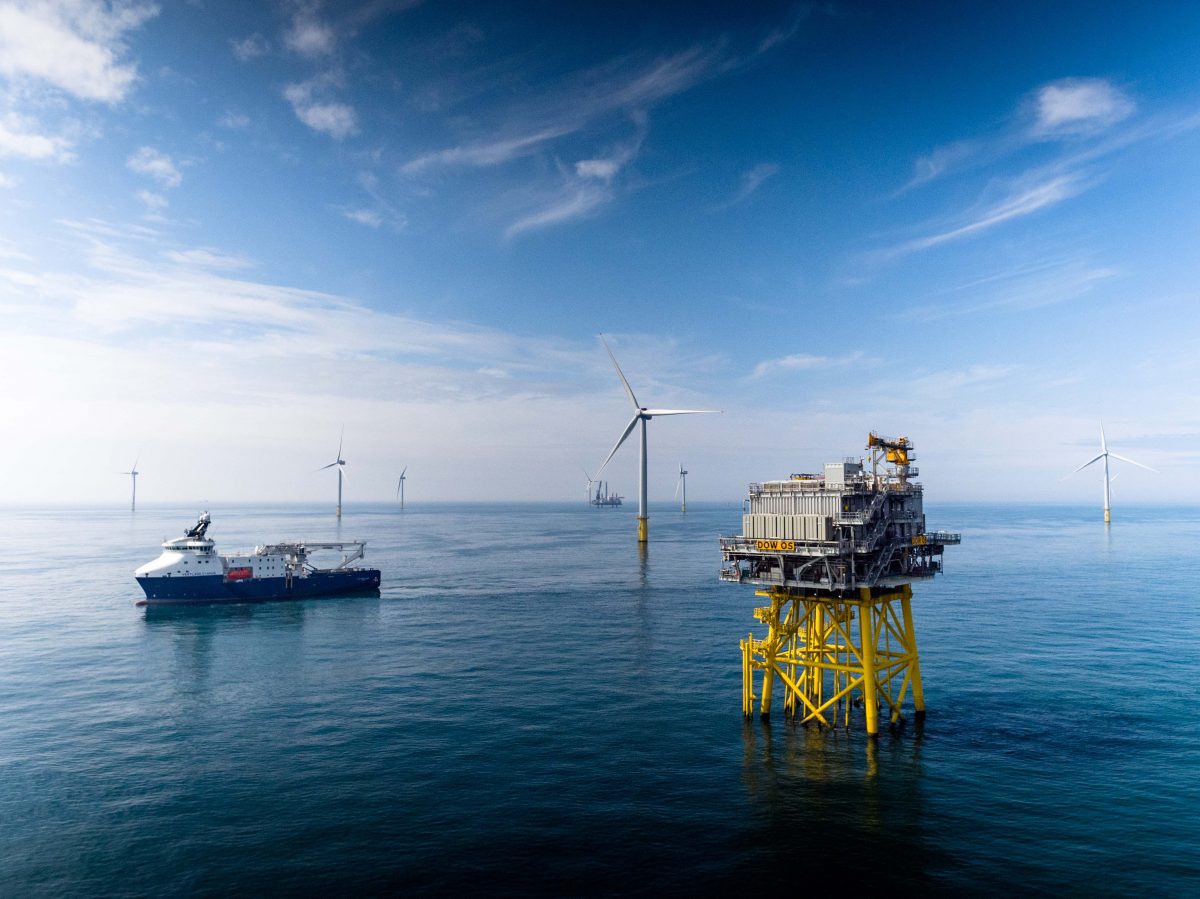 Together with a heave compensated gangway for personnel transfer between the vessel and wind turbines, as well as an accommodation module, PALFINGER MARINE’s new AHC crane played a key role in Vestland Cygnus’ transformation into a “walk-to-work” vessel contracted by Statoil for work on the Dudgeon wind farm on the UK continental shelf – where the ship is currently operating.

WE CHOSE THE PALFINGER MARINE CRANE BECAUSE OF ITS LOW WEIGHT IN COMBINATION WITH THE LOW CENTRE OF GRAVITY, WHICH MAKES IT POSSIBLE TO INSTALL A LARGER CRANE THAN ORIGINALLY PLANNED.

“We have a long-standing reputation for delivering robust and reliable offshore equipment in close cooperation with the customer. We have put a lot of effort in making the design as optimised as possible when it comes to weight and operational features. This played a key part in winning this order”, says Jan Silgjerd, Sales Director of the Product Division Cranes in PALFINGER MARINE. With the addition of the 100 tons AHC crane onboard  Vestland Cygnus, the vessel is now equipped with a complete deck equipment package from PALFINGER MARINE. The package further includes smaller marine cranes, a complete winch package with anchor and mooring winches, as well as lifeboats. “This major delivery once again proves PALFINGER MARINE as the complete deck equipment supplier for the maritime industries. Having all equipment from one supplier and getting access to the industry’s largest global service network means added value for our clients, as it saves them time, resources and service visits”, Jan states.

“The development was carried out with a maximum focus on safety for cargo, equipment, personnel and environment. All the latest technology and smart system design is used to optimise the crane’s performance. The reduction in crane tip movement with up to 98 per cent, place PALFINGER MARINE’s AHC cranes in the absolute top level with regards to compensating performance”, says Design Engineer Morten Søvik. He was PALFINGER MARINE’s designer responsible for the AHC crane, leading the expert team of engineers through the development process.

HOW MUCH CAN BE PLACED INSIDE

One of the design challenges was to ensure that the crane got a low weight and low centre of gravity, as this gives the crane high lifting capacity compared to its weight – making it possible to increase the loading capacity on the vessel deck. “To achieve the low centre of gravity for the crane we needed to place as many of the components as possible inside the crane column/slewing house and at the same time allow for access to all points of maintenance, inspection and service. This turned out to be a major challenge, but we managed to solve it in the end”, says Morten.

PROVIDING FOR THE OPERATOR

Another key focus during the entire design phase was to make the operator environment as optimal as possible with regards to ergonomics and easy to use systems. The result was a comfortable state-of-the-art operator cabin with superior control system and operator screen showing interactive load charts, mode selections, a comprehensive monitoring system and automatic detection of component maintenance needs – allowing the operator to focus entirely on executing the crane operations safely and precisely.

TRANSPORT OF OUR 100 T AHC CRANE by Sophie Grafinger 09.01.2018 Transporting a 38 metres long, 10 metres high, 8.5 metres wide and 250 tons heavy crane is definitely not just a walk in the park.
Products
New cranes for Johan Sverdrup by Sophie Grafinger 08.02.2018 We invite you to accompany us to Aibel yard in Haugesund, where two of our cranes are installed on the drilling platform.
Products
OUR ALL-NEW ELECTRIC DAVIT by Sophie Grafinger 23.08.2018 We are proudly presenting an electric davit based on a completely new technology.
Products