Sales Director Jan Silgjerd is working on one of his most exciting projects yet. Here he shares what is, quite literally, in the pipeline.

Located in the middle of the North Sea, some 160 kilometres from Norway’s west coast, Utsira Height might not seem like the site of much activity. It has, however, quickly become one of the most exciting places for PALFINGER MARINE. And that’s down to something well below the surface, and even the seabed, at a depth of 1,900 metres. Johan Sverdrup is one of the five largest oil fields on the Norwegian continental shelf, harbouring a massive two to three billion barrels of oil. Discovered in 2010, the site will be one of Norway’s most important projects over the next 50 years – and the PALFINGER MARINE team is delighted to have been working with Statoil every step of the way.

The Johan Sverdrup project has been a true team-effort, with a handful of colleagues from the sales, technical, project and production teams working together on the quote for over two years. Jan Silgjerd played a key role on the team. The Sales Director in the Product Division Cranes was excited to win the contract for seven DKW2500 wire luffing cranes: “After a 20-year career in the industry, I was incredibly proud to be a part of the Johan Sverdrup project.” Hailing from the small Norwegian village of Nedstrand close to Haugesund, Jan studied at the South Dakota School of Mines and Technology in the US. He has worked at PALFINGER MARINE since the company acquired his former employer, Bergen Group Dreggen.

“In early 2014, when I was meeting with Statoil about another project, they were already in the tendering phase for Johan Sverdrup. That’s when they first considered us as a potential crane supplier and we were invited to the prequalification audit. In the course of this audit, they carefully examined our financials, technical skills, HSEQ procedures and conducted a production site visit, where we showed them our reference projects in production. The open technical discussions and close cooperation with Statoil’s and Aker‘s team through the entire project have been remarkable. Statoil’s expert team contributed with their operational experience and our engineers implemented these improvements in the design. The result is a product, which we are extremely proud to deliver to the market and to this prestigious project.” PALFINGER MARINE and Statoil officially signed a contract in June 2015.

THE OPEN TECHNICAL DISCUSSIONS AND CLOSE COOPERATION WITH STATOIL’S AND AKER’S TEAM THROUGH THE ENTIRE PROJECT HAVE BEEN REMARKABLE.

His colleague Patryk Siejka is leading the project, with four project managers and a ten-person technical design team reporting to him, as well as assembly and supervision teams in Poland and South Korea. Patryk knows every detail of the complex design and production process: “From the design phase kicking off to the cranes being delivered takes between 16 and 20 months.” Each crane is 18 metres high and weighs 180 tons above the slewing bearing, with a safe working load of 60 tons at 40 metres and 25 tons at maximum outreach of 57 metres. The cranes are designed to operate safely in extreme North Sea conditions, with waves of up to six metres in height. There’s something particularly special about these cranes, however, and it lies in the technology they boast – the likes of which no company has delivered in an offshore crane in the North Sea before. Fully electric, the cranes have safety features like AOPS and MOPS (Automatic and Manual Overload Protection Systems) and are the North Sea’s first cranes to be driven by standard AC motors for use in hazardous areas designed according to the highest EN and NORSOK standards. The design was developed to optimise the reaction times of the winch in dangerous situations in order to avoid overloading the crane. Their software was designed and tested to be able to handle any kind of situation that could occur on the platform.

A PERIOD OF RIGOROUS TESTING 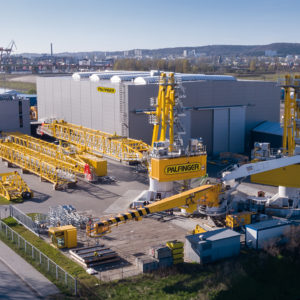 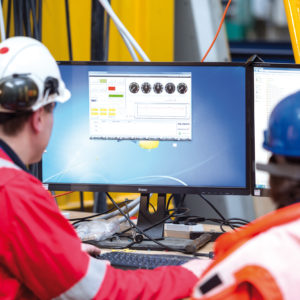 Simulations on our test tower 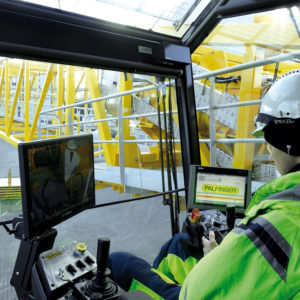 100 of tests conducted our produciton site 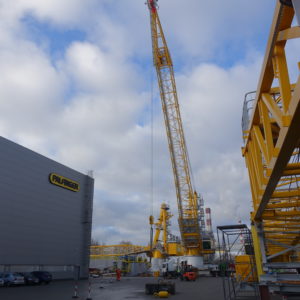 “A huge amount of time has been dedicated to testing the cranes at the production site in Gdynia,” says Patryk, who’s originally from Poland and has been living in Bergen since 2010: “This is a critical part of the process.” After all, Johan Sverdrup will represent 40 per cent of Norway’s oil production, there’s no room for error. “As the cranes are the first to be delivered to the North Sea with this technology, we instigated a TQP with Statoil.” Led by Olav Ellingsen, the TQP – or Technology Qualification Program – ran from June 2015 until Autumn 2017 and was one of the most in-depth tests ever conducted for offshore cranes. It included rigorous testing of the AOPS and MOPS, as well as simulations of extreme conditions on a custom-built 13-metre-high tests tower. Hundreds of different tests were conducted to ensure that the cranes are as safe and efficient as possible. 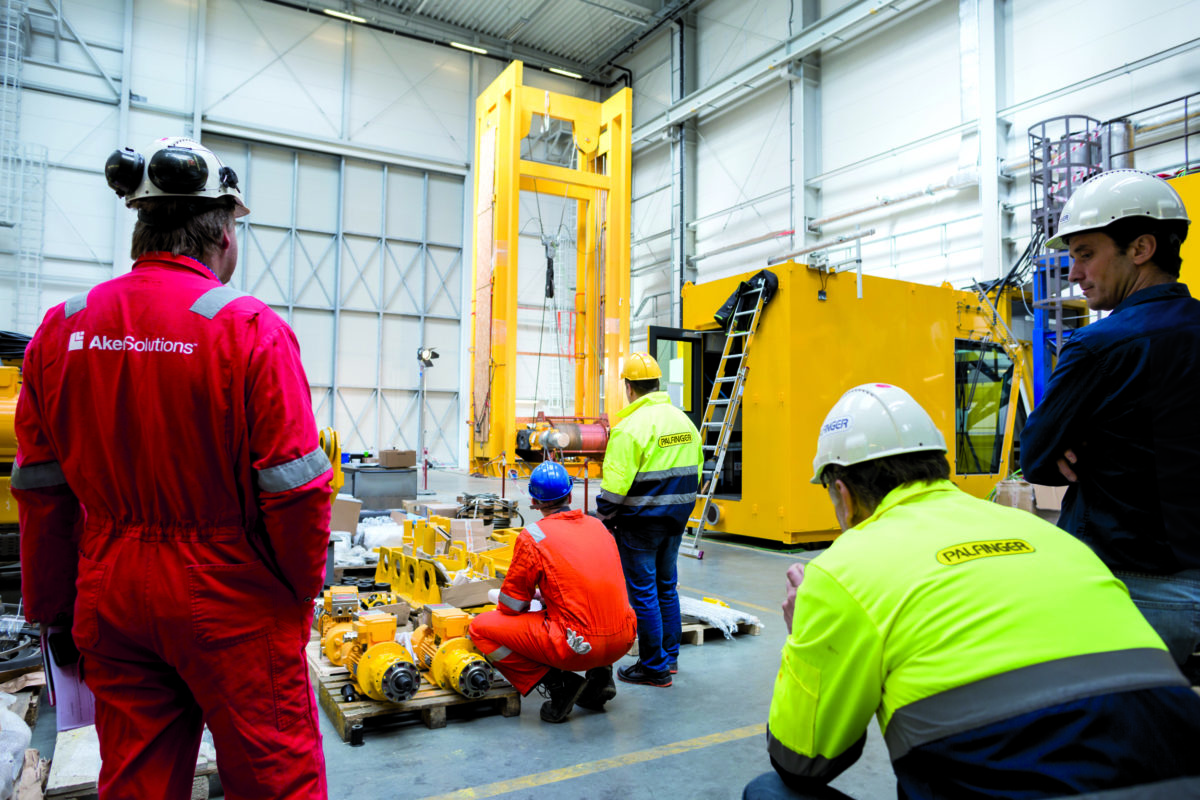 WE DID HUNDREDS OF DIFFERENT SIMULATIONS – THESE WERE SOME OF THE MOST IN-DEPTH TESTS EVER CONDUCTED FOR OFFSHORE CRANES.

The Factory Acceptance Test (FAT) came next, involving PALFINGER MARINE employees from several departments, as well as principal engineers and crane operators from Statoil. Engineers from Norwegian oil services company, Aker Solutions, and representatives from class society DNV GL also witnessed the testing. As a team, they inspected each crane, performing functional and safety tests, as well as speed, load and overload tests. “This took almost four weeks for the first crane,” says Patryk, “but testing the following ones only took about a week, as they’re identical in design.” At the time of publication, 3 cranes have successfully passed the FAT and two cranes have been delivered to Aibel yard in Haugesund, Norway, where the drilling platform is being built.

Find out more about the crane installation.

For the Johan Sverdrup project, PALFINGER MARINE is not only delivering state-of-the-art offshore cranes, but also lifesaving equipment and first-class fenders. The fender department was involved at an early stage, discussing technical solutions for the different fendering requirements with the Aibel yard. “Eight 2.5-by-5.5-metre fenders were shipped from our factory in South Korea, fixed fenders have been installed at the quay and large jumbo fenders will be mobilised from our rental stock point in Haugesund,” explains Helge Tangerås – Sales Manager, Fender Systems. “They will assist the yard when heavy-lift vessel Pioneering Spirit arrives to transport the topsides to Johan Sverdrup in Spring 2018.” 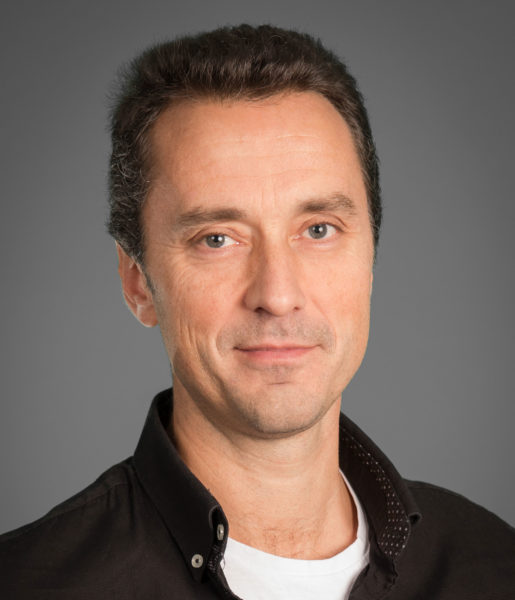